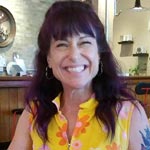 Writer and coach specializing in health, wellness and positive energy

Sandy is an award-winning journalist, whose writing has appeared in newspapers around the globe, including the New York Times, Los Angeles Times and Washington Post.

Sandy has been a journalist in her native Los Angeles for 20 years, writing about creativity, lifestyle and health. She has interviewed nearly every celebrity under the sun and attended the Oscars, Grammys and Golden Globes more than a dozen times. Even amid all that glitz and glamor, Sandy’s greatest passion has always been health — cultivating it, writing about it and encouraging its pursuit.

Sandy holds a certificate in Health and Wellness Coaching from University of Wisconsin and is a master’s candidate in health studies at the University of Alabama.